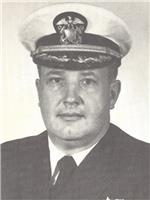 CDR Dennis Vincent Dougherty, USN (Retired) passed away on Wednesday, December 20, 2017 in New Orleans at the age of 79. Mr. Dougherty was a native of Hoboken, New Jersey and a New Orleans resident for the last 37 years. Preceded in death by his beloved wife Mary Valerie McGee Dougherty. Son of the late Dr. Dennis J. Dougherty and Alma Getchas Dougherty of Middletown, New Jersey. Survived by his sons Marc C. Dougherty (Heather Bruno Dougherty) and Craig S. Dougherty. Brother Michael J. Dougherty of New York City. Grandchildren Carlin Marguerite Dougherty, Marc Christopher Dougherty, Jr., Dennis Heath Dougherty, Breck E. Dougherty, and Sam S. Dougherty. Mr. Dougherty was a graduate of Red Bank Catholic High School in Red Bank, New Jersey where he was a member of the 1954 State Champion football team and became first team All-State selection in 1955. He earned his B.S. in 1960 from The Citadel, The Military College of South Carolina, where he also played football. He retired from the United States Navy; he proudly served his country at sea during the Cuban Missile Crisis blockade and saw more than 68 combat operations during the Vietnam War as part of the famed "River Rats." He was decorated with the Bronze Star Medal with Combat V, the Navy Commendation Medal, Presidential Unit Citation, Combat Action Ribbon, and Vietnamese Gallantry Cross among many others. Known affectionately as Papa Den, Mr. Dougherty was a mainstay at youth recreational parks wherever he lived and he coached youth sports for many years. Relatives and friends are invited to attend the visitation at Jacob Schoen and Son Funeral Home, 3827 Canal St, New Orleans, on Tuesday, December 26, 2017, starting at 9:30 AM, followed by a Memorial Mass in the j. Garic Schoen Chapel at 11:00 AM. 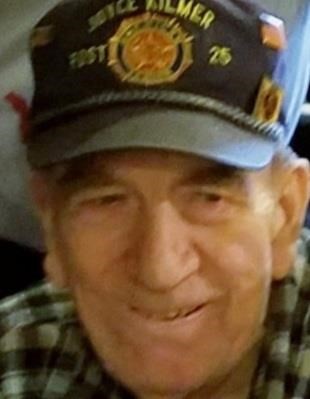 New Brunswick - Robert J. Cody Sr., 84, of New Brunswick, NJ passed away peacefully at his home in New Brunswick on April 18, 2021. He was born on March 7, 1937 in New Brunswick, NJ to parents Margaret and Frank. He was a proud resident of New Brunswick, and lived there his entire life. Bob graduated from New Brunswick High School in 1955, and then promptly enlisted in the US Navy and proudly served aboard the USS Corry. He received an honorable discharge, and served in the reserves thereafter. Bob always credited the Navy for "making a man of him", and he loved to recount stories of his time in the service. Bob tremendously enjoyed sports, and participated in baseball, basketball, bowling and darts. He worked for several different construction companies, and enjoyed his many years as a tri-state driver with Prime Source. Bob was an active member of the Eagles AC in New Brunswick for over 30 years, and was also a proud member of the American Legion in Milltown. Bob was predeceased by his parents, Margaret and Frank Cody Sr., his brothers, Frank Cody Jr., William Cody; and his son Michael F. Cody. He is survived by his loving wife Barbara of 56 years, his son Robert J. Cody Jr. and his wife Maria of New Brunswick; his daughter Kathleen Cody Maher and her husband John of Piscataway; his daughter Ann-Margret Cody Stryker of Toms River; his sister Janice Serinese and her husband Mario of Ringoes; his sister-in-law Peggy Cody of Piscataway; ten grandchildren, one great grandchild, and many nieces and nephews.

Dolton Kenneth White, Sr., 76, of West Columbia, South Carolina passed away Friday, August 12, 2016. He was born on August 11, 1940 in Ranburne, Alabama to the late Roland and Mavis Stevens White. Mr. White was survived by his beloved wife, Mary Ellen Rudner White; and son, Dolton White, Jr. He was also survived by a sister, Reba Young; and brother, Edgar White. Dolton was a retired Chief Petty Officer in the United States Navy for 20 years. He also served as a deputy with the Lexington County Sheriff's Office for 20 years. He was a member of St. Peter's RC Church, Naval Reserves, Elks and Moose Lodges. A Celebration of Mass will be held at 10:00 a.m. on Monday, August 22, 2016 at St. Peter's Catholic Church. Burial will follow in Woodridge Memorial Park Visitation will be held on Sunday, August 21, 2016 at Woodridge Memorial Park and Funeral Home from 5:00 until 7:00 p.m.

It is with great sadness that we announce the death of Leonard Arthur Viehland Jr. (Clute, Texas), who passed away on June 27, 2021, at the age of 78, leaving family and friends to mourn. Family, friends, and shipmates are welcome to leave their condolences on this memorial page and share them with the family. He is under the care of Restwood Funeral Home. Leonard served in the USS Corry DD/DDR 817 from 1961 to 1963 as an IC3. 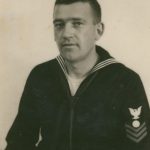 Copyright © U.S.S. Corry Association | Content can be used for educational or historical purposes with reference.

2022 Reunion will be held in Nashville 9/29 to 10/02. See Newsletter For Details. Email reunion photos to webmaster.
NEWSLETTERS